Long-term-unemployment is a more significant national problem than it has been in the past.  Some of us have difficulty finding new jobs because of specific circumstances in our lives, but many others remain out of work due to economic conditions and attitudes that are beyond our control.

There are things we can do to improve our chances of finding new employment regardless of the reason we have been unemployed for a long time.  Specifically, we can continue to be active in our community and in our profession.  Even things we do to help out our friends and family may make a favorable impression on potential employers.

In other words, your resume should not end when your salaried employment ceased.

THE GOVERNMENT CONSIDERS SOME OF US “LONG-TERM UNEMPLOYED.”

The Federal government considers almost 28 percent of unemployed workers to be long-term-unemployed.  According to Bureau of Labor Statistics (BLS), the long term unemployment rate has remained about the same since June, 2015 despite reduction of the overall nationwide unemployment rate to less than 5 percent of the workforce.

Long-term-Unemployment Impacts Job-seekers in All Walks of Life.

Statistics suggest that, although the Great Recession has ended, a higher percentage of us are considered long-term-unemployed now than in the past.  According to the U.S. Department of Labor, 27.7 percent of unemployed workers are considered long-term-unemployed because they have been out of work for more than six months.  An Urban Institute report indicated that 25 percent of unemployed workers were out of work for 27 weeks or more in a major recession during the 1980s.

Some of us are out of work for more than six months because of our individual situations.  The reasons my clients have been unemployed for a long time include, among others:

Other clients I’ve worked with have been unemployed for a long time even though they have many years of experience and advanced degrees.  Researcher Rand Ghayad, quoted in a Boston Globe article “found that employers showed four times more interest in candidates unemployed for six months or less — even if they had less experience and fewer qualifications than those experiencing longer bouts of joblessness.  Older unemployed workers, he found, were most frequently passed over.”

Most of us are no longer receiving unemployment or severance benefits after six months of unemployment, so, regardless of the reason for not working, we should take steps to tip the odds in our favor.

STEPS WE CAN TAKE TO GET “BACK IN THE GAME.”

The most important thing you can do is show some current activity on your resume.  You can do this by volunteering or even helping friends and family.  Older workers can also make sure their resume does not give away their age.

Volunteer work can add one or more employment lines to your resume and even lead directly to new employment.  An MBA candidate I worked with who was seeking work in strategic consulting, for example, prepared a strategic plan for the International Rescue Committee.  Another talented job-seeker with an advanced degree from M.I.T. volunteered to teach children and their parents in low-income households how to use the Internet.

Colleagues of mine have found work in college career offices and public employment programs by volunteering to help at job fairs or to help job-seekers with cover letters, resumes, and online job search.

Helping Out Friends and Family

We may be able to add experience to our resumes even if we are not doing substantial volunteer work related to our field.  For example, a resume writer told the LinkedIn “Resume Writers & Co.” group that she filled a “stay-at-home mom’s” employment gap by describing her as a “stay-at-home Mom and Community Volunteer,” then including some bullet points illustrating her accomplishments.  So, if you care for your children, your parents, neighbors’ children, etc., you are still employed.

A “5 o’clock Club article published in the 1990s stated in part that “salary is not a resume issue.”  How much you were paid, or whether you were paid at all is an issue for the job application.

Do not Give Away Your Age.

Avoid letting employers figure out your age from information on your resume.  Do not show the year you graduated from high school or college if you completed school more than five years ago.  There is also no need to show jobs that ended more than ten years ago in most cases.  Employers usually cannot verify the work you did more than ten years ago.  Also, technology has vastly changed the skill-set required for many jobs so the experience is not relevant anyway.

Another common mistake is for job-seekers to make their email address unique by including numbers that represent their age.  The hiring manager does not need to be a cryptographer to recognize the age in judydoe082058@hotmail.com.

Address Your Barriers to Employment, if Any

You may also want to address your “barriers to employment” while you are volunteering or helping your family.  Every locality in the United States should have a publicly-funded employment program listed on the U.S. Department of Labor’s Career One Stop Web site.  D.O.L. expects the staff at each local center to be able to direct you to the resources you may need to overcome barriers to employment.  The centers I’ve worked in have had staff that were in the same position you are in now, so they would know how to help you.

Research has found that employers show less interest in those of us that have been out of work for more than six months, but this does not mean we are out of luck.  We can volunteer to do work relevant to our profession in our communities or even help out our family, then feature this work on our resumes.  Older workers can also avoid giving away their age on their resumes.  Simultaneously, we can address any barriers to employment by contacting local employment programs for referrals and assistance. 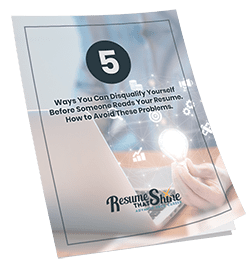